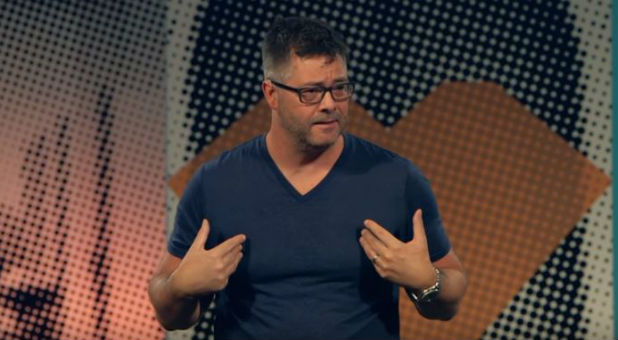 Is Pastor Darrin Patrick dead? Social media went buzzing after  the news claiming that American author and teaching pastor at Seacoast Church, Darrin Patrick has passed away, he died at the age of 50.

Although it took time before Seacoast Church confirmed pastor Derrin Patrick’s death. It will be very sad to announce that Patrick Derrin’s death could possibly be a suicide death.

Is now confirmed that the Seacoast teaching pastor, Patrick Derrin has died, Wikipedia has already updated his profile revealing that he died on 7th May 2020.

Related: Arizona Man Dies A Week After His Wife Delivered Their First Child

Born in Marion, Illinois, Darrin Patrick has served as the chaplain to the St. Louis Cardinals and has authored several books.

A twitter user earlier today posted that Darrin Patrick has died but moments after his tweets started getting attention he deleted it.

Pastor Charles Smith debunking the rumors posted on his twitter timeline ”Grateful for your, Darrin Patrick”.

Grateful for you, Dr. James.

SEACOAST CHURCH STATEMENT ON THE PASSING OF PASTOR DARRIN PATRICK

Charleston, S.C. and St. Louis, M.O. – May 8, 2020 – Seacoast Church today issued the following statement: “We are saddened to announce the sudden passing of Pastor Darrin Patrick. Darrin was a loved member of the Seacoast family, the teaching team, and pastoral staff and we are mourning his loss. Darrin had a gift for teaching the Word and a heart for encouraging other pastors. God allowed Seacoast to be a part of Darrin’s story in a time when he needed a family. He was a gift to us and we are thankful for the time the Lord gave him to us. His influence and impact cannot be measured. We are surrounding the Patrick family with our prayers and support during this time.”

Darrin Patrick served as a teaching pastor at Seacoast Church, and was also the founding pastor of The Journey Church in St. Louis, MO. He is a founding member of the Pastor’s Collective and the author of multiple books including the Dude’s Guide to Marriage.

Additional information on memorial services will be shared on seacoast.org as plans are formalized.

In 2016, The Journey Church removed Pastor Darrin Patrick from office for violating the “high standards” demanded for elders in marriage, including inappropriate connections with two women.

Patrick was the founding pastor of Journey Church and the vice president of the Acts 29 Network. The Acts 29 Network has planted more than 500 churches around the world, including the former Mars Hill Church pastored by Mark Driscoll.

Few Things You Need To Know About Darrin Patrick

He was the former pastor of The Journey, a megachurch in St. Louis, Missouri, which he founded in 2002. He served as the chaplain to the St. Louis Cardinals and is the author of several books.

A prominent figure within New Calvinism, he was the vice-president of the Acts 29 Network, an international church planting organization, and a council member of The Gospel Coalition.

He became a Christian while in high school.

He got married in 1993 and had four children.