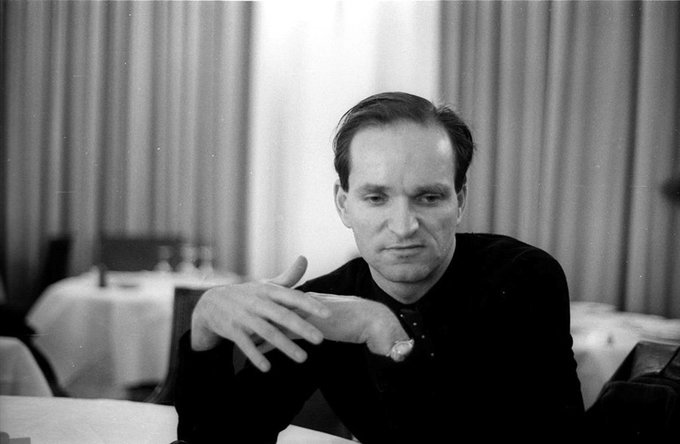 Latest reports has it that the popular German musician Florian Schnieder has died.

The news of his death came a while ago, after Mannequin Records confirmed it on twitter on Wednesday.

Just reading on @markreedermfs facebook profile that Florian Schneider passed away.. we still don’t have public news but seems confirmed. Impossible to describe the impact of this hero
on the foundation of every genre of Electronic music. crazy, crazy loss. pic.twitter.com/KNyqQWyi5y

Florian Schneider was Born on April 07, 1947 in Dusseldorf, Germany. He was best known as one of the founding members of the electronic music group Kraftwerk, taking his role with the band until his departure in November 2008.

Florian Schneider-Esleben with Falf Hutter in 1970 founded “Kraftwerk”.They met in 1968 while studying at the Academy of Arts in Remscheid, then at the Robert Schumann Hochschule in Düsseldorf.

They played improvisational music together in the ensemble Organisation. Before meeting Hütter, Schneider had played with Eberhard Kranemann in the group Pissoff from 1967 to 1968.

From 1968 to 1969, Schneider played flute, with Ralf Hütter on Hammond organ, Eberhard Kranemann on bass and Paul Lovens on drums.

Many have known as a sound perfectionist, he was a good flute playlist who got many fans all over the world.

Florian also played violin, electric guitar – including slide guitar, and made use of synthesizers (both as a melodic instrument and as a sound processor).

Later he also created his own electronic flute instrument. After the release of their 1974 album, Autobahn, his use of acoustic instruments diminished.

Although it has not been notified of the exact cause of Florian Schneider’s death, but many of his fans, family and friends are pouring out their heart felt tribute to the German music legend.

Sad news about Florian Schneider, one of the founding members of @Kraftwerk, who passed away at the age of 73.

I hope it’s not true about Florian Schneider but if it is i’m lost for words. pic.twitter.com/xNiC7VW65e

I’m going to be that person. No, Florian Schneider didn’t quit Kraftwerk over cycling differences. [Wiki page doing the rounds vs current page, as if Wiki is 100% trustworthy or something] pic.twitter.com/Y8jUR9veY0

Puerto Rican singer , Bad Bunny confirmed that he will act in the new season of “Narcos”