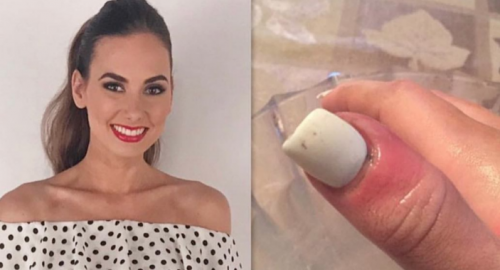 The ex-beauty queen karolina jasko has been diagnosed with a rare form of skin cancer called (Melanoma).

The news of her skin cancer was discovered after she uploaded a picture of her finger with a dark line on the thumbnail.

Karolina who shared her story on Gel Polish Manicures said the development of the skin cancer on her finger took her by storm because it all showed up quickly,

“It was overwhelming because everything happened so quick,” Jasko said in an interview with TODAY. “It was so scary… My mom was like, ‘I can’t believe that I never even thought that it could be in your nail.’”

Karolina who turned 22-years-old had always been aware of her family’s history with skin caner and said her mother had always been concerned about monitoring and checking any moles for any changes.The biopsy, which required a portion of Jasko’s thumbnail be removed for testing, confirmed that the teen did in fact have melanoma. 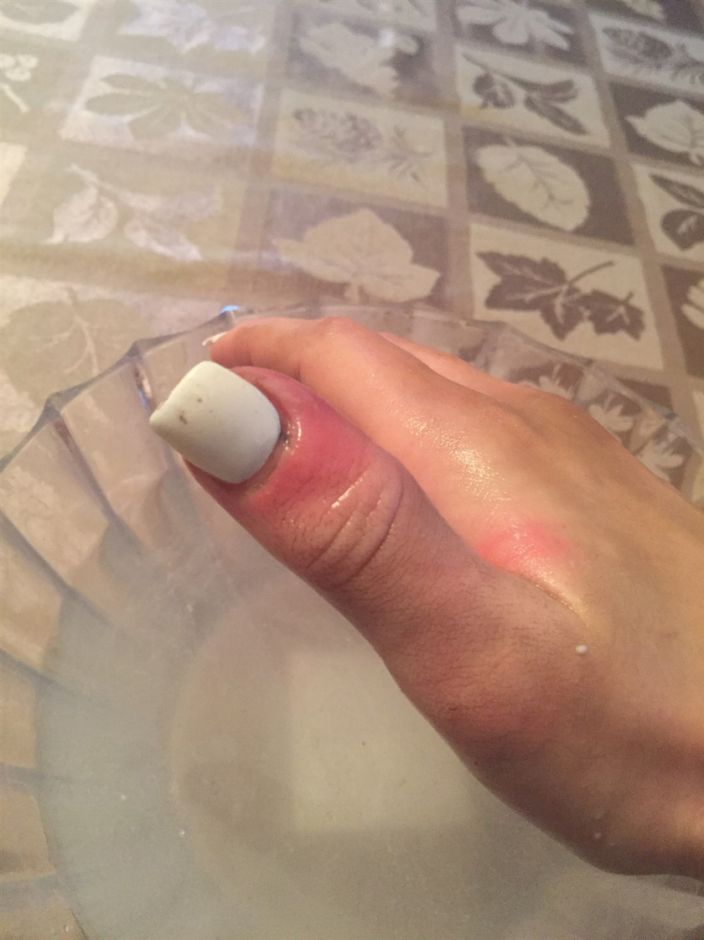 What is melanoma & How does it start

According to experts suggestions Karolina’s skin cancer could have been triggered by her gel manicures, the manicure requires nails be placed under UV lights emitting UVA rays to harden the polish. Melanoma occurs when UV radiation, either through sun exposure or UV rays found in tanning beds, causes cellular damage on the skin resulting in uncontrollable cell growth. According to the Skin Cancer Foundation, melanoma is considered more aggressive than other forms of skin cancer like basal cell carcinoma (BCC) due to how quickly it can spread and how hard it can be to detect; approximately 70-80 per cent of melanomas occur on normal looking skin, while the remaining 20-30 per cent can be found in moles.

Karolina Jasko said that the docors have not been able to find out where her skin cancer came from rather they concluded that it could be a sign from God beacuse if she had waited much longer it could spread all over her body.

“They still don’t know where the infection came from. They said that was like a sign from God… because if I would have waited longer and not come in with that, it could have been possible the melanoma would have spread,” Jasko said.

Melanoma is found on the nails, hands or feet is categorized as acral lentiginous melanoma (ALM). Of the four subtypes of melanoma, ALM is considered the rarest form of melanoma comprising approximately 5% of melanoma cases (the remaining three are superficial spreading, lentigo melanoma and nodule melanoma; of the 5% of ALM cases, a majority are found in people of colour.

The main symptom ALM is a noticeably darker spot surrounded by your normal skin colour. They can also occur on the palms or the soles of feet and under the nails as a “nail streak” which as it grows and progresses can cause the nail to become damaged or cracked.