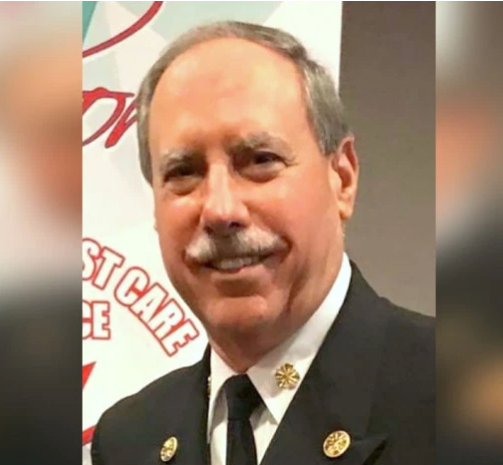 According to the reports circulating around the media, Mr Donald DiPetrillo died on Thursday night after being in the hospital since March 12th.

He was diagnosed of covid-19 which he contracted at a EMS conference in Tampa earlier that month.

DiPetrillo was admitted to Memorial Regional Hospital in Hollywood on March 10th before being released the next day and later being readmitted.

The Davie native had been leading the Seminole Tribe’s department since 2008, serving as the chief of his hometown’s department from 2001 to 2007 and as the assistant fire chief for Fort Lauderdale Fire Rescue, where he worked since 1973.

DiPetrillo joined the Navy in 1971 and graduated from Broward College and Barry University. He is survived by his son, Tyson, his mother and two brothers as well as his girlfriend.

Donald DiPetrillo went to Broward Community College and had a degree on Associate of Science (AS), Public Administration,Fire Science & Emergency Medicine.

He went to Barry University and obtained a degree on Bachelor Public Administration, American Government and Politics.