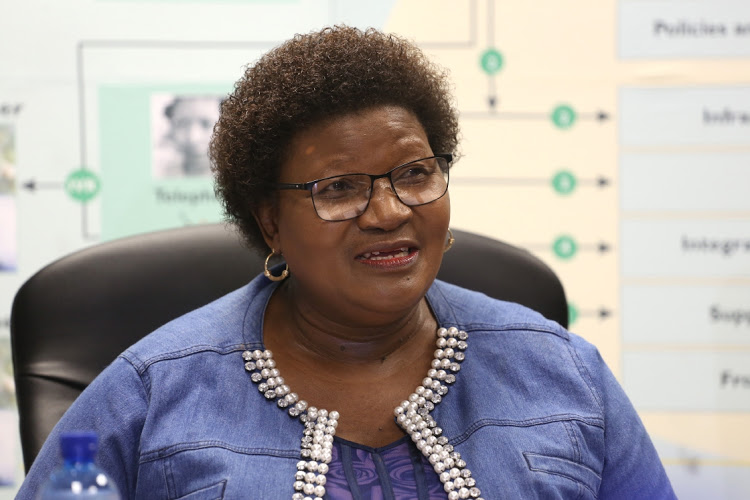 The Health MEC in the Eastern Cape Sindiswa Gomba has tendered her unreserved apology to Health Minister Zweli Mkhize after her blunder in a live online briefing on the coronavirus.

Sindiswa Gomba had in speech used the word ‘andidikwe’ — which means in English  ‘I am fed up’ or ‘irritated’, saying it had created a wrong impression.

Gomba who stated this after her speech in the presence of other MECs and health minister Dr Zweli Mkhize said she had been “moving away from her laptop and taking off her doek”.

In an official statement she released today made available to latestnewssouthafrica, Sindiswa said she profusely apologise for the wrong impression that this created and that she is still committed in the fight against this pandemic.

Her comments didn’t go down well to tweeps as some demanded her removal from the office which she heads.