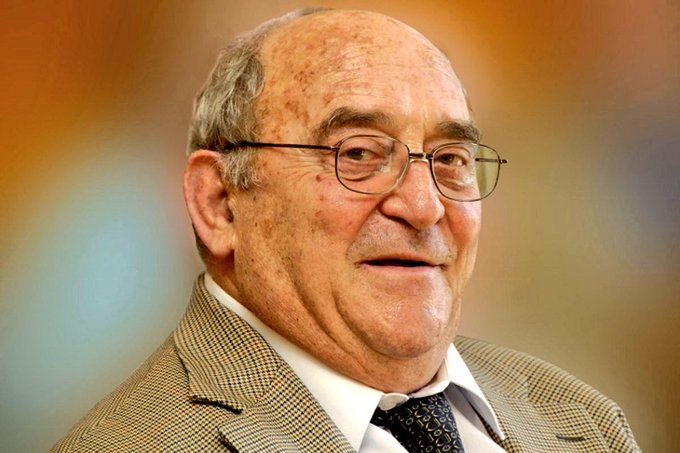 The news of his passing away was confirmed  on twitter with many especially South Africans pouring their tributes to the late Trialist.

R.I.P Denis Goldberg
what you stood for will never be forgotten ✊🏾✊🏾✊🏾 pic.twitter.com/nurBP0Bkbn

In his days, Goldberg was one of 10 people who faced charges of treason in 1963 after a raid on Liliesleaf Farm.

He was found guilty on charges, including conspiracy and sabotage, during the infamous Rivonia Trial held at the Palace of Justice in Pretoria from October 1963 to and June 1964.

Denis Goldberg was born on 11 April 1933 in South Africa, he was a social campaigner who was actively involved in the struggle against apartheid in the country.

He was imprisoned for 22 years, Denis went massive in his campaign against apartheid after he got released in 1985 from his base in London with his family, until the system was fully disbanded with the 1994.

Denis parents, Annie and Sam Goldberg, were both born in London, the children of Lithuanian Jews who emigrated to England in the latter half of the 19th century.

The only living Rivonia Trialist left is Andrew Mlangeni.

Notable people have taken their time on Twitter to pour out their heart felt condolence over the death of Denis Goldberg.

“The Oliver & Adelaide Tambo Foundation sends our condolences to the family, friends & colleagues of Rivonia trialist & ardent freedom fighter, Denis Goldberg. His contribution to the struggle for freedom & justice in our country will forever be remembered.

Struggle stalwart & Rivonia trialist Denis Goldberg has died at the age of 87. Goldberg was a South African social campaigner, who was active in the struggle against apartheid & was imprisoned for 22 years, along with other key members of the anti-apartheid movement in SA. M.M pic.twitter.com/VKS0gxF4ZE

Revonia struggle veteran, Denis Goldberg,has gone to join the immortal.He represents a rare breed of conscientious activists who understood that there is 1 human race &apartheid injustice couldn’t be ignored even if he could benefit from its privileges reserved “for whites only” pic.twitter.com/OxGQVEr8I1

The Oliver & Adelaide Tambo Foundation sends our condolences to the family, friends & colleagues of Rivonia trialist & ardent freedom fighter, Denis Goldberg. His contribution to the struggle for freedom & justice in our country will forever be remembered. May His Soul RIP. pic.twitter.com/RszDXD01fu

Comrade Denis Goldberg has passed on. When many white people chose to oppress Africans in South Africa; he chose justice and struggle against that oppression. #RIPDenisGoldberg pic.twitter.com/tPljgfKXqg

Denis Goldberg, pictured at home in 2010, plays ‘Nkosi Sikelel’ iAfrika’ on the penny whistle he was given while in Pretoria Central Prison pic.twitter.com/Q5yz8QPdap

Saddened to hear of the loss of Denis Goldberg. May his memory be a blessing to his family, and the very many lives he touched; he was a giant in his time.