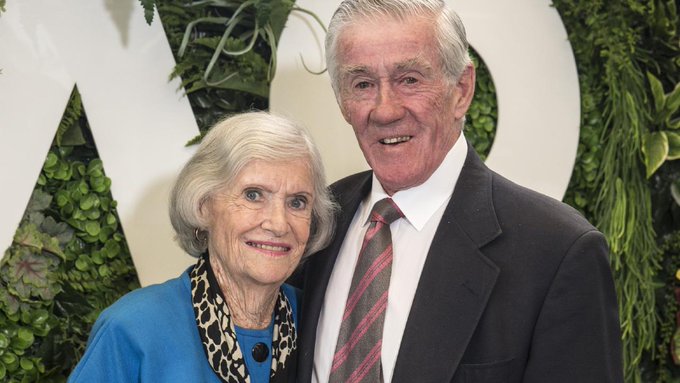 Wilma Rosewall the wife of Ken Rosewall who is the eight-time grand slam champion Ken Rosewall has died in their house in Queensland on Sunday.

Mrs Wilma Rosewall on Monday died after a long time battling with cancer, which prompted emotional responses from former greats.

“Wilma was married to Aussie great Ken for more than 60 years and was a much loved member of our tennis family. My deepest condolences to Ken and his family.”

When Rosewall was in Melbourne for a Davis Cup tie in 1954, news of his courtship with Wilma McIver was front page news in The Argus.

The late Wilam was a talented junior player in Queensland, She was very much influential to the career of her husband Ken, she constructed the tennis career that made him one of the most beloved champions of Australia’s golden era.

It was tennis that had first brought the pair together, Ken and Wilma meeting as young players at the Bruce Cup, a public schools event staged between Queensland and New South Wales, in 1948.