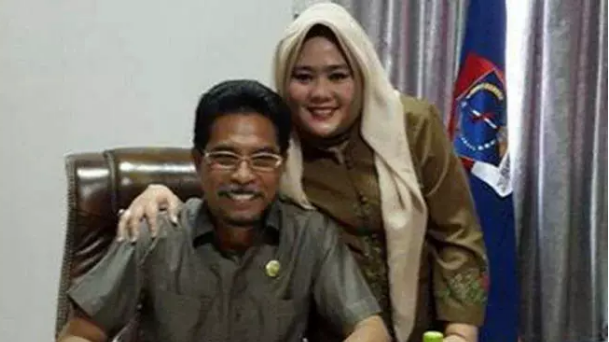 Who Is Sehan Salim Landjar

The man who was born December 17, 1963 in Togid Village is indeed known to have an eccentric style besides being known to be very close to his people. In fact, not a few who called him Eyang because of his ability to give advice and motivation.

Sehan Landjar is married to a woman from Gorontalo, Nursiwin Dunggio. From the marriage was blessed with 4 sons and daughters. The Wife now serves as a member of the North Sulawesi Province DPRD from PAN.

His first son, Fuad Landjar was the Chairperson of the Boltim DPRD. His second child, Amelia Landjar, is also preparing to run in the nomination as Regent of Boltim. His third child Firhan Landjar also had a chance to get involved in politics.

His distinctive style too, he is always blusukan to capture the real conditions of its citizens. Usually he uses a motorcycle for blusukan. He did not even hesitate to hug and cry when he met his citizens in the midst of his blusukan routine.

“Want to get BLT, when? You still have to open this account, this criterion. The state is willing to go bankrupt, ministers are still on the verge.

Then who is the figure of Sehan Salim Landjar? The National Mandate Party cadre is the regent of two terms in Boltim, North Sulawesi. The first period he coexisted with Medy Lensun. Whereas in the second period with Rusdi Gumalangit.