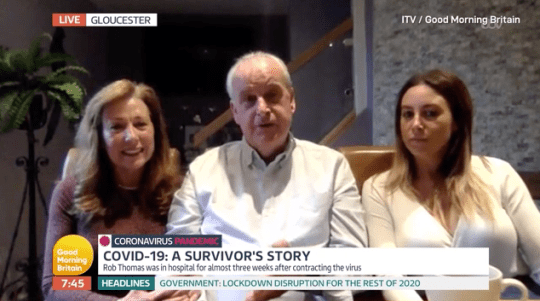 Meet Rob Thomas the 59 year-old man who struggled with the deadly coronavirus in the intensive care unit as he reveals his deep breathing technique that helped him defeat the illness.

Mr Rob nicked-named ‘King of breathness’ was admitted at the Gloucestershire Royal Hospital initially fallen ill with sepsis on March 30 but went home after taking antibiotics and eventually returned back after 4 days showing symptoms of covi-19.

While speaking on Good Morning Britain Rob said that his sister who is a nurse told him to keep breating about few hours he made into the Intensive care Unit.
‘I took these words with me. In the ICU, that’s all I did. I made them sit me upright because I felt like I was suffocating on my back,I just sat there watching the clock and I got into a deep breathing pattern. Doctors think that deep breathing pattern saved me from going on a ventilator.’ He said

Rob described his time in intensive care as ‘very isolated’, stating that he was ‘kind of out of it’ for the first three days. At the time, doctors told his family he had just a 50% chance of survival.

Read Also:  Leshole Mabitsela On Skeem Saam (Big Boy) Cause Of Death? What Killed Him?

Rob is married to his 40 year-old wife, Viv who said they were troubled and their entire family felled apart when her husband tested positive for coronavirus and was taken away with ambulance.

Mr Rob who since Sunday got discharged from the hospital was full of thanks to the nurses and his family members who stood by and kept on praying for recovery, The video of Rob hugging his tearful wife Viv has since gone viral online 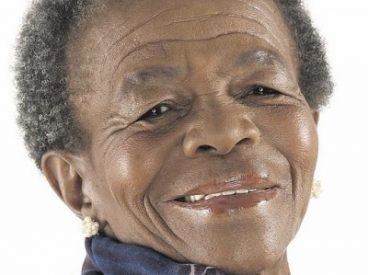