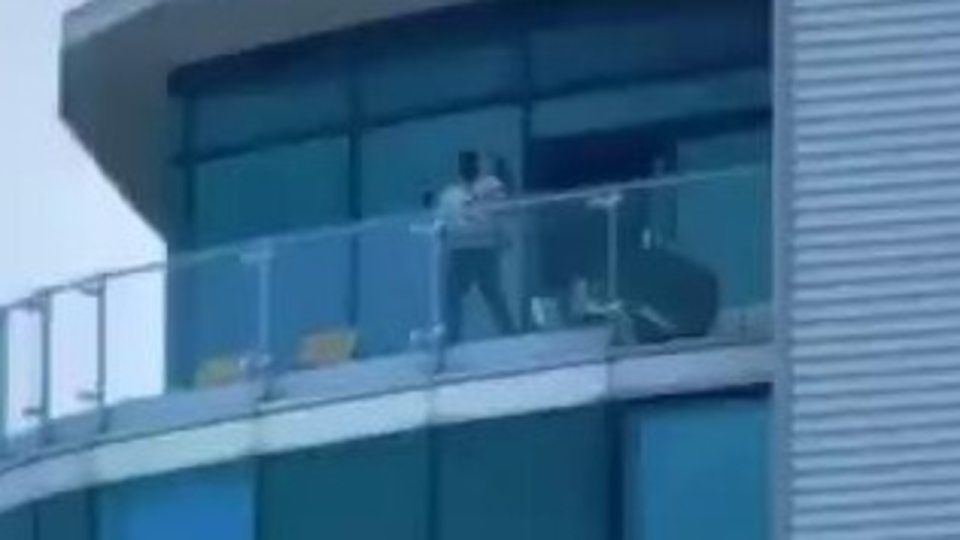 A man in his early 30’s identified as Flexing Mike has been arrested by the police for shooting from the apartment block in Chatham Dockside, Kent.

The police arrested Flexing Mike and discovered it was an imitation firearm.

The man live streamed himself shooting from the top of a residential building, while the loud blasts can be heard in the video background. The man was spotted in his balcony firing about five shots.

According to an eye witness who spoke to Kent Online, “There was a lot of banging just over an hour ago, I just assumed it was construction workers.”

Describing the scene outside a popular shopping centre, they continued: “There was armed police outside The Range who waved everyone back, they moved towards the noise.

“Staff at The Range have been trying to catch everyone and get them into the shop.

“Someone across the way shouted about someone having a gun.

Watch Video Clip From The Scene Below:-

This is the nutter shooting from the apartment block in Dockside Chatham, Kent pic.twitter.com/lTE5f1OZvQ

Here they are, he has been arrested and it was an imitation firearm pic.twitter.com/opaqQ2uFIl