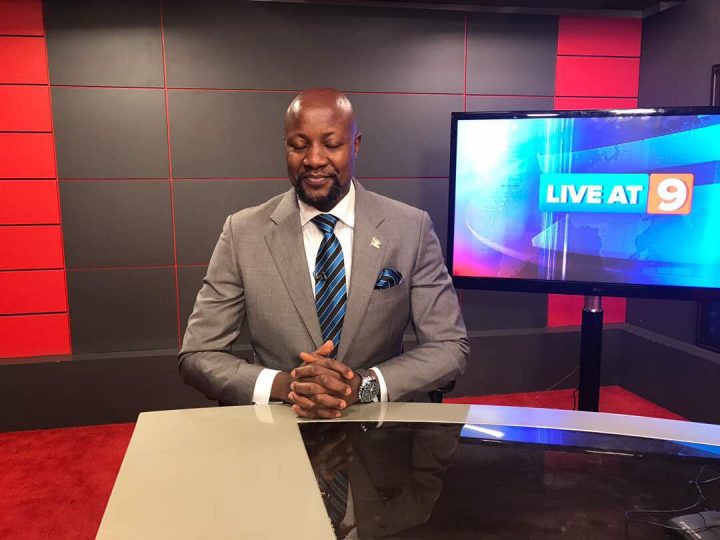 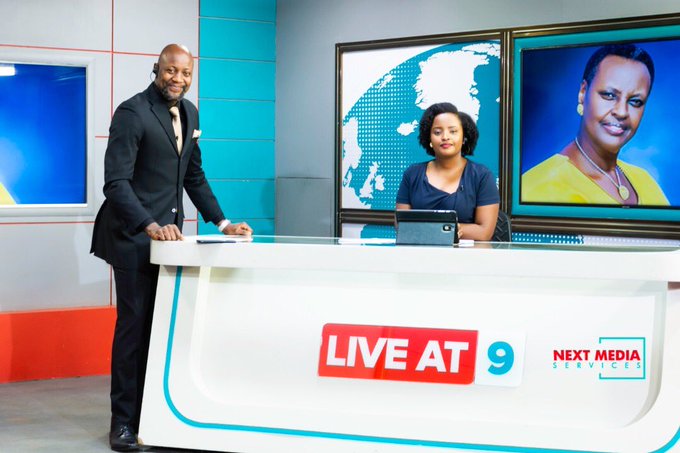 Samson Kasumba, is  a journalist, news anchor and a show host at NBS Television

Arrested in connection with allegations unrelated to his work as a journalist.

Lastest news has it that Samson Kasumba has been given Police bond and he won’t be spending another night in the Police cells.

Briefly tell me about yourself.
I’m a regular Ugandan born of two people who chose to live in the United States for economic reasons. I was raised in a polygamous family of straight and narrow Christians. I’m a very critical person who enjoys mental combat.
How would you describe yourself?
I am a keen student of life, theology and philosophy with a failed attempt at understanding women. Women’s thoughts are unpredictable.
Have you mentored any journalists so far?
It has become a big feature on my social media platforms. People say I inspire them a lot and I have got five or six people telling me directly that I actually inspire them. I was personally inspired by the late Andrew Patrick Luwandagga though I never had a one-on-one with him.

You come off as an overtalker on television to the viewers. Are you?
Ugandans do not know how to throw out complements. The negatives are the positives to them. Motor mouth journalist! I’m okay with that.

You are also famous ‘grilling’ your guests on television. How do you do this?
I concentrate a lot and I think it is because of my marathon and boxing trainings. It also goes back to the fact that I am deep on logic and the concentration attached to theology. My mind is also huge to an extent that it cannot be consumed by the predictable Ugandan politics.

You were an Adventist pastor. Why did you quit?
I was defrocked on radio by the leadership of church fronting allegations that I made statements about the church which were untrue while I was speaking on an event in Kololo. I contemplated legal action but I was advised to let go. The evidence was recorded and it is available at UBC TV, people can see it and choose between me and the church on who to believe.
What else do you away from television?
I am deeply involved in theology/ spiritual work. I hold fellowship at Mt Zion Hotel called In Truth in Spirit (ITIS). I also sing gospel inspirational music, do sports and I’m a devoted family man.
Which schools did you go to?
I went to Nakasero Primary School, Kyambogo College School for O’Level, Kololo High School for A-Level where I spent the two years getting used to going to school with girls. I later joined Nkumba University for a diploma in Commercial Industrial Art and Design. After some time, I went back to do a degree which I did not complete for I dropped it to study theology at Bugema University. I then proceeded to England to do my Masters in Theology.
What were you doing before joining television?
I was lecturing at Bugema University where I fell out with the establishment because of my thinking. I then volunteered at the Interreligious Council where I left and went to television.

What would be your ultimate achievement in this field?
Changing the way we think as the nation, I would like people to start thinking critically, analytically and synthetically.
Have you had any bad moments while on air?
I tend to know how best to deal with my guests, I push people out of their comfort zone, but I have never had them react funny. I love hosting people who walk off set but it has never happened to me.

And the good ones?
I got a chance to have an exclusive interview with Rebecca Nyandeng De Mabior, the widow of Dr John Garang, the late Vice President of Sudan) immediately after her return from exile when she had not spoken to any media house. I have also interviewed Myles Munroe and Don Moen.

Editors’ guild calls for a speedy investigation into Kasumba arrest

The Uganda Editors’ Guild has noted with concern reports of the arrest of Samson Kasumba, a news anchor at NBS Television. We are also aware of comments by the police spokesperson that Mr Kasumba is being held in connection with allegations unrelated to his work as a journalist.

The Uganda Editors’ Guild calls on the Uganda Police Force to conduct a quick and transparent investigation into the matter while ensuring that Mr Kasumba has access to legal counsel, and all his other rights are respected.

We shall remain appraised of the matter and take this opportunity to remind all Ugandans, including those in positions of authority, that #JournalismIsNotACrime.