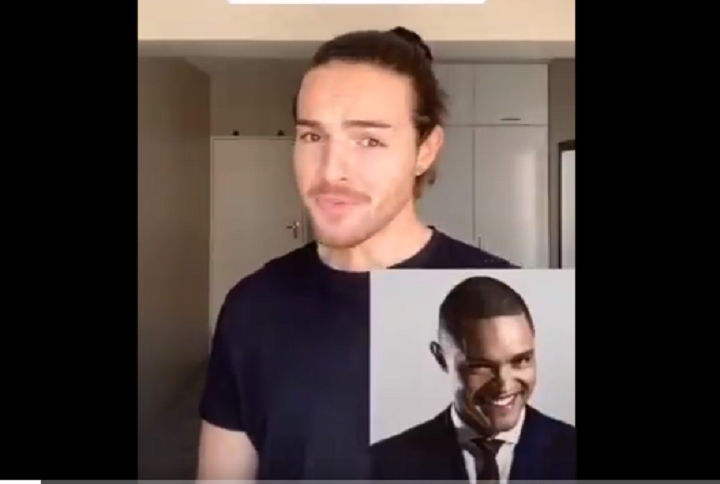 Someone is already trending o Tik Tok because he is looking exactly like the South African comedian and also the current host of The Daily Show, an American satirical news program on Comedy Central.

Although Trevor have not replied the white dude but his fans said they thought his picture was Trevor in whiteface, hopefully sooner or later Trevor will meet him and tell us if he have a white brother unknown to us all this while.

Trevor has been busy celebrating his one month quarantineversary on his Youtube page where asked his fans to join him take a moment to remember all the good times before the epidemic.

“It’s Trevor’s one-month quarantineversary! Let’s take a moment to remember all the good times.” he said

Many appreciated his effort by thanking him for the video saying he had shared a heart warming and good quality content during the lock-down and global coronavirus crisis.

“Sometimes you’ll never know the true value of a moment until it becomes a memory” a fan of the comedian commented.