NIGERIA – Lockdown in Nigeria’s most populous city Lagos has taken a new level, traffic and social activities have come to halt, some streets and inter community roads now looks like a ghost town just like it is in other countries facing this epidemic. 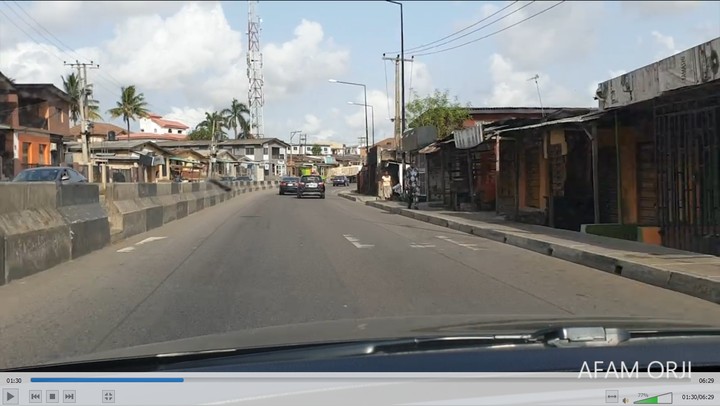 Lagos became the epicenter of the global coronavirus pandemic when the state recorded many cases of people infected with the virus and the state government have been taken several new strategic levels to curtail the level of cases recorded in the city.

The city is of the most popular city with highest number of population in the country with over 13 million people living and doing business and as the the federal government with state government imposing total lockdown in the city it has really been a life in hell for so many residents of the city especially the poor ones.

This is Ifako, Agege and the neighborhoods around where robberies have been going on and most of the roads have been deserted.

So far  Nigeria cases of covid-19 as at 16th April stood at 442 while the new cases is now thirty-five and the total  breakdown on the new cases is as follows 19 in Lagos, 9 in FCT, 5 in Kano and 2 in Oyo. 152 have been discharged with 13 deaths while Lagos maintains its distant lead with 251 cases.