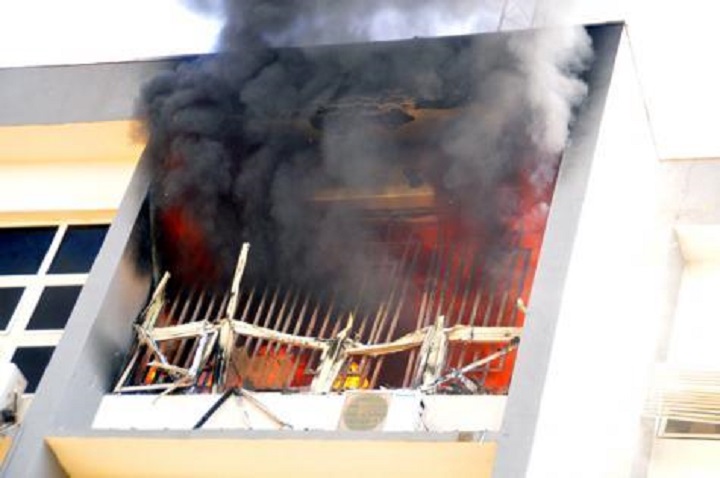 NIGERIA– There is a report of fire outbreak at the INEC national headquarters in Abuja , Nigeria.

The fire which started around 11am had a substantial parts of the building worth millions of Naira gutted with fire.

According to reports, one of the adjoining buildings in the main Head quarter was affected, and the swift response of the fire brigade has help to curtail the out come of the fire which could have been very disastrous.

Already the exact losses recorded by the fire inferno cannot be ascertain although the fire service are still running around to put out the remaing offices that are still burning.

It has been recorded already that the mostly affected office in the building is the Election and Party Monitoring Department (EPM), which was completely razed.

But INEC National Commissioner and Chairman Voters’ Education and Information, Festus Okoye, said no critical document was lost to the inferno.

Watch The Live Reports From The Media