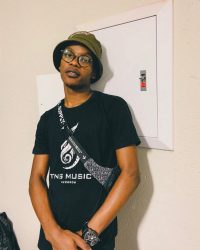 TNS emotional? The man broke down in tears on live instagram video and was heard constantly saying ”Take The Music”.

South African talented TNS is really having something bothering him and he couldn’t hold it on himself this time around. TNS was spotted on a live instagram video crying. In the TNS heard constantly saying ”am alone  am alone, This thing i cannot fight alone”.

Below are excerpts from what TNS said in the video..

I can’t handle the problem because am alone, They are so many they even form the group to see with this thing i cannot handle, i cannot fight. I can’t fight this fight because am alone. Who doesn’t even care its fine. Take whatever guys, your music, the music, i want you guys to take it. Take the music don’t kill me am alone, It’s fine, it’s fine.

According to an online user, the whole thing stared he drove to jhb to play at the LockDown House party, he got canceled because there’s someone from DBN who’s going to play that same person then invited him to his party then made TNS feel like nothing. TNS ended up leaving.

Kanti who made TNS emotional? The man broke down on insta pic.twitter.com/rvfB5quTc1

Meanwhile TNS today released his long anticipated song ”Ibhari” which featured Luqua. TNS also announced to his fans that he will be releasing his new album Phupholethu this year. TNS said he is still contemplating on when to release the album.