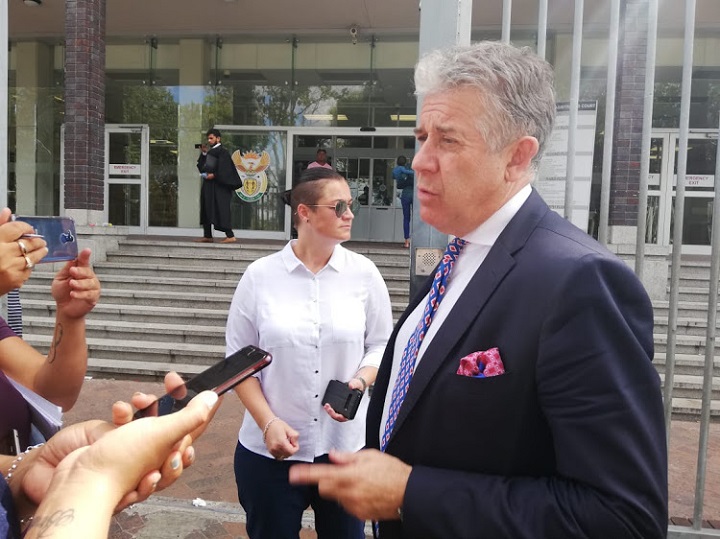 According to South African spokesperson Colonel Andre Traut who disclosed this to us said that armed men wearing mask fired their gun at the popular criminal lawyer who is notable for his high-profile criminal  cases but out of luck the lawyer was able to survive their shot when they missed their target.

The Colonel said the hoodlums came around 7:30am in the morning and immediately fled the scene of the incident when they were unable to carry out their evil plan successfully.

“They fled the scene and are yet to be arrested,” Traut said. “The circumstances surrounding an attempted murder are under police investigation following an incident at the Higgovale residence of a lawyer at around 7:30am.”

Mr Reagen Allen, who is the MPL and DA Western Cape community safety spokesperson has called on the South African police force to beef up a full investigation to the matter in order to bring those criminals to book. he went further to condemn the assassination attempt on the attorney describing it as an attack on the entire justice system in the country.

We will not forget in a hurry how Mihalik a friend to the attorney was murdered in October by the criminals outside his children’s school in Green Point. The late Mihalik was Modack’s legal representative in an extortion case in which he and other lawyers alleged the police investigation against his client was the work of a conspiracy involving Modack’s underworld rivals and the police.