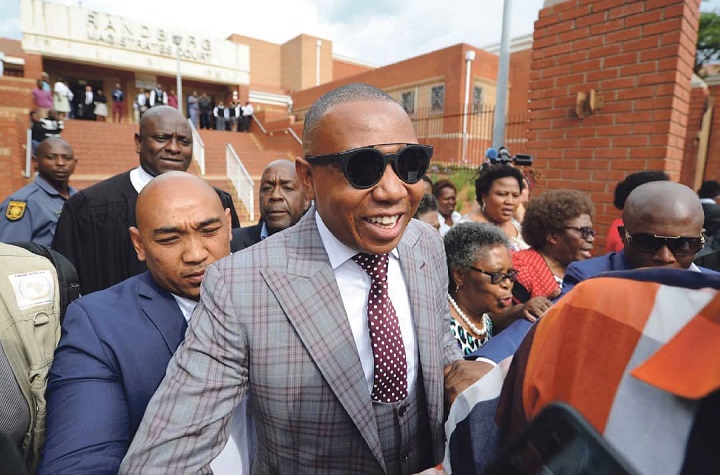 Social media users on Tuesday were outraged when former deputy minister of Education, Mduduzi Manana posted the picture of him with communications Minister Stella Ndabeni-Abrahams alongside two others eating on a dining table and not observing lockdown regulations. 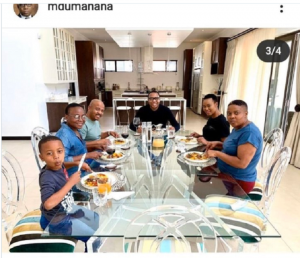 The post went loud and got the attention of the President Cyril Ramphosa who immediately summoned the two minister for questioning.

According to reports circulating on the internet said that on Tuesday afternoon, Mr Manana said the minister was collecting personal protective equipment for students at his home on Sunday, she visited a site in Fourways where students who were working on COVID-19 Digital Services to fetch personal protective equipment and was invited to invited by the former minister Mduduzi Manana for a family lunch.

Mduduzi Manana have apologized to the president for violating the lockdown rules and posting the pictures on his social media handle.

In his statement he said: “It was irresponsible to post a picture without giving clear context and thereby creating the impression that it was a social lunch. For this, I profusely apologize,”

Some South Africans went berserk after seeing the pictures Manana posted on his Instagram page before eventually deleting it, some regarded the former minister’s action as improper and out of law.

“Only if the so called leaders could get it that society strongly feels that they are despondent individuals who are arrogant and reckless, posting the picture was there a need? We tired of your apologies and continued recklessness, khula Bafo!!” A social media user posted