The 38-year-old Bulgarian professional boxer has pledged to donate £2m if he wins from his fight with Anthony Joshua.

It is expected that the boxer will win $5 million from the matche if he eventually win pfrom the fight which was expected to be on June 20 at London’s Tottenham Hotspur Stadium has now been shifted due to the global pandemic on Coronavirus. 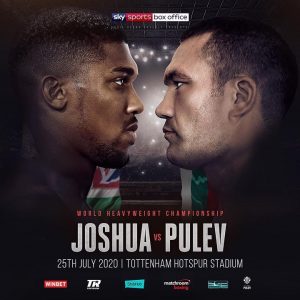 The fighter while speaking with the German newspaper Bild revealed that he will 50% of the money he will earn from the match with Anthony Joshua to doctors, nurses and the hospitals to help combat the devilish virus.

“I will give doctors, nurses and hospitals the necessary equipment to deal with this devilish virus and donate 50% of the money I earn from the match with Joshua to the tireless heroes in the fight against the coronavirus.” he said

Pulev who had fought with Ukrainian boxer, Wladimir Klitschko in IBF world heavyweight title in 2014 at Hamburg was knocked out of the ring and this time hopefully he is not going to take any chances to defeat his Brithish opponent Anthony Joshua.

According to The Briton’s Promoter Matchroom Boxing who said that plans are already on the way to schedule new dates for the match hopefully will still be hold at the Tottenham Hotspur Stadium at the said date.